"The Tide is Turning" - Part Seven

In this the final part there is just some of the photos that weren't used in the AAR. 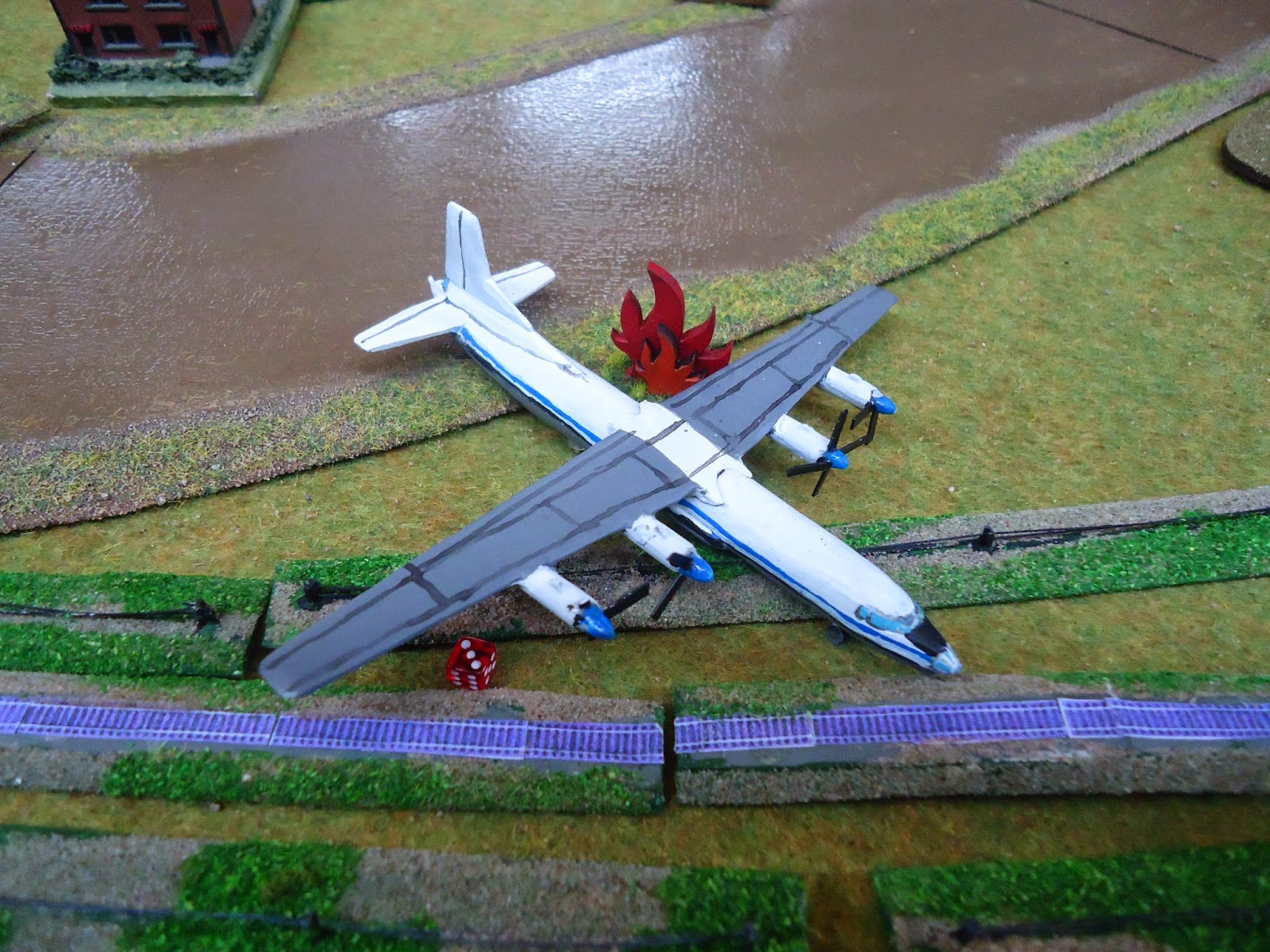 A Russian transport aircraft randomly crashes on the the banks of the Donau River. US intelligence believe it to be carrying a senior Russian Commander and despatch a French CSAR unit to try and retrieve the commander alive or capture important documents. Unfortunately the helo was shot down approaching the crash site and a BRDM-2 unit was able to secure the site. If the CSAR operation had been succesful it would have meant the Soviet commander in that sector would have been operating at -2CV. (Thanks to Neil McCusker for the loan of the aircraft). 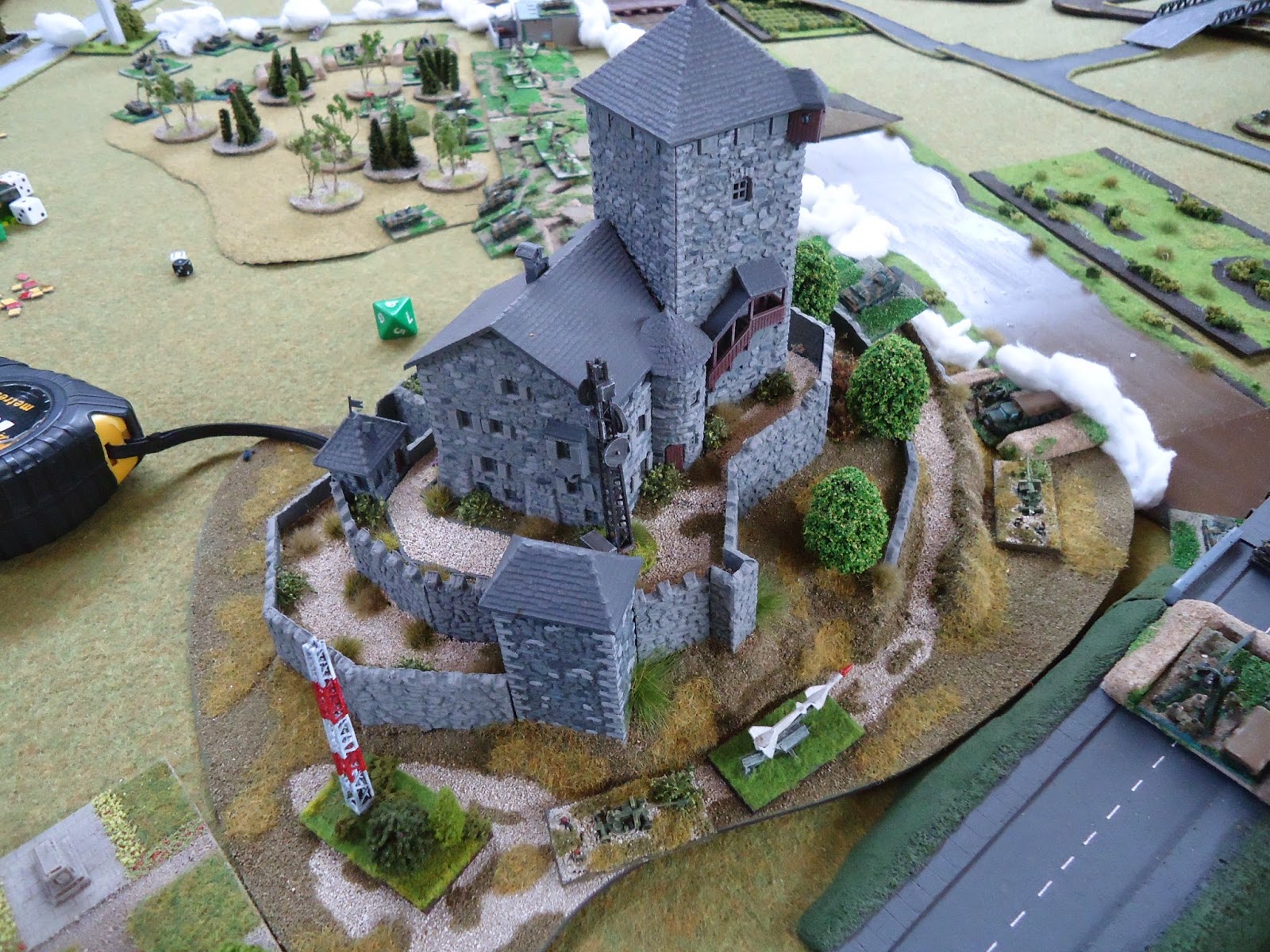 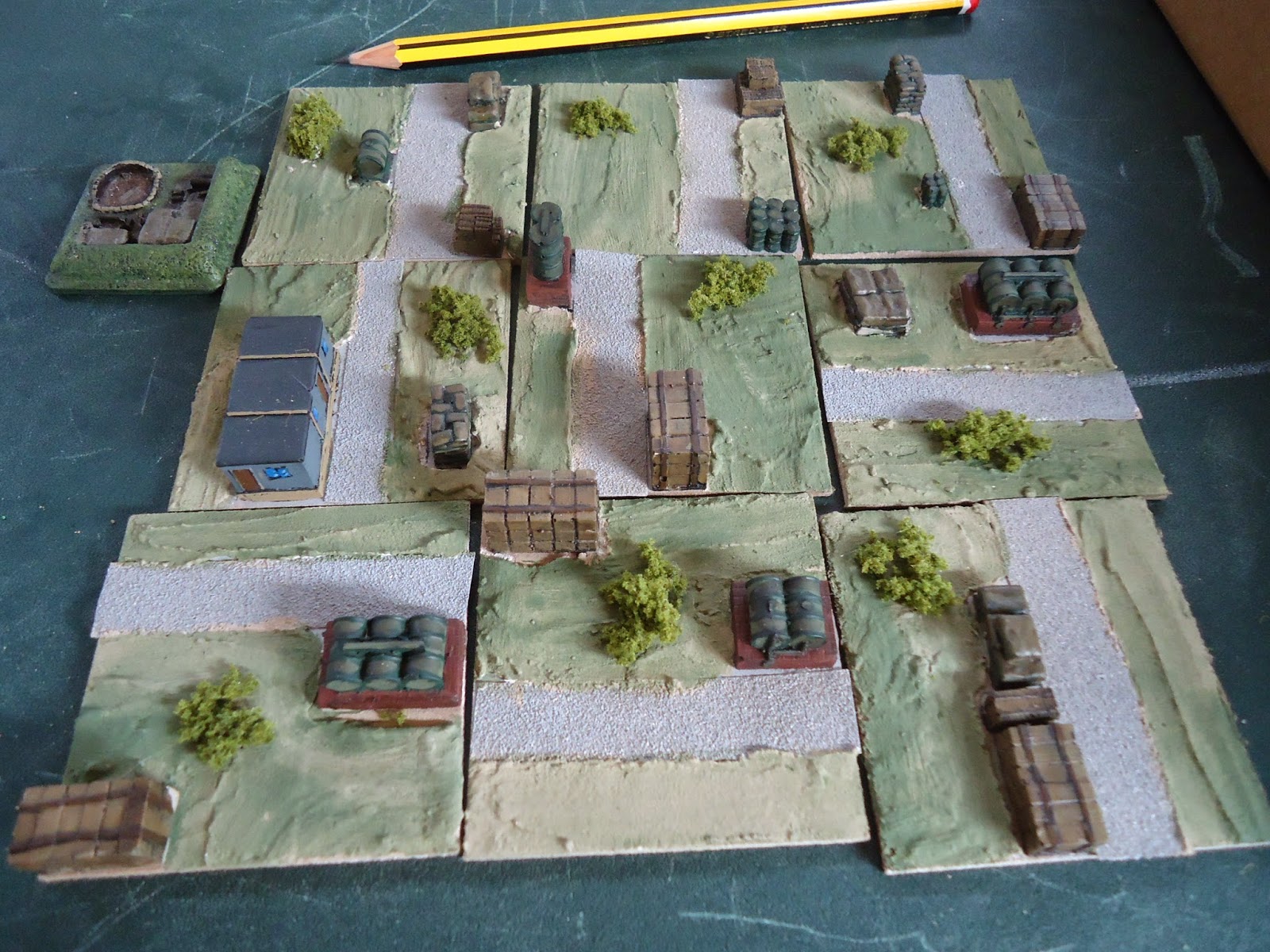 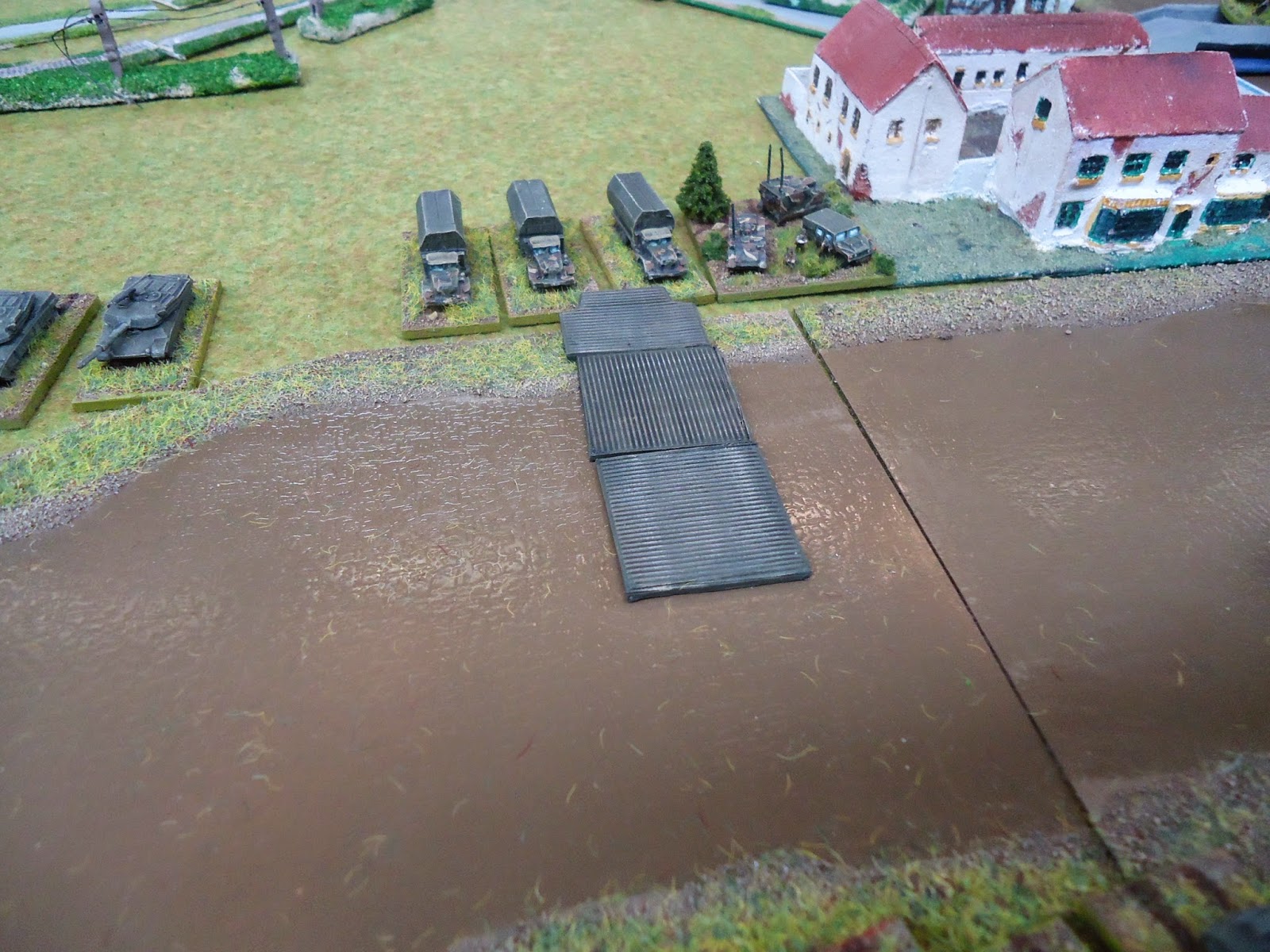 Steve Graham's US bridging units construct a bridge across the Donau. Great use of double glazing spacers to make the bridge sections. A cheap and very effective way of representing bridging operations. 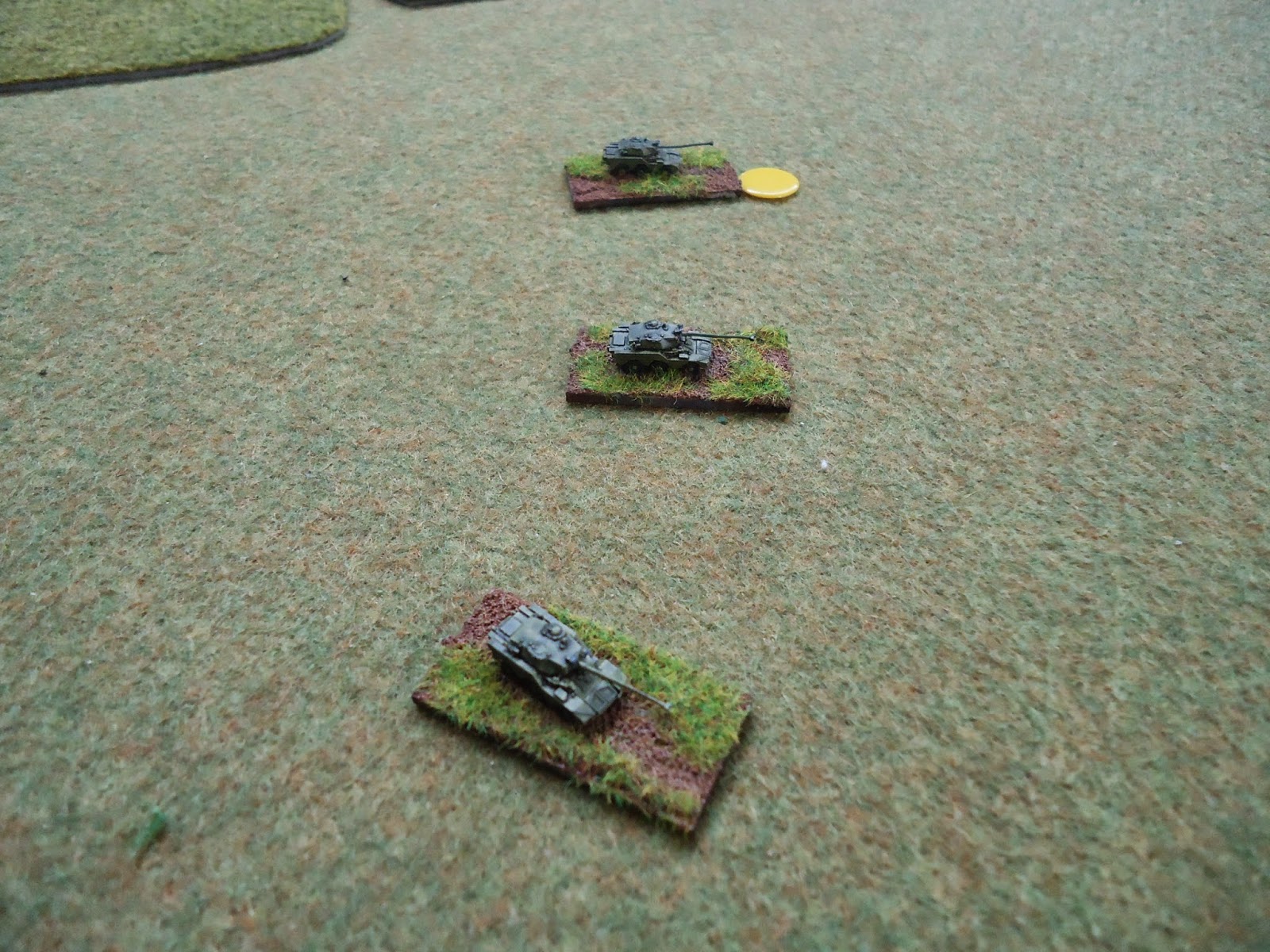 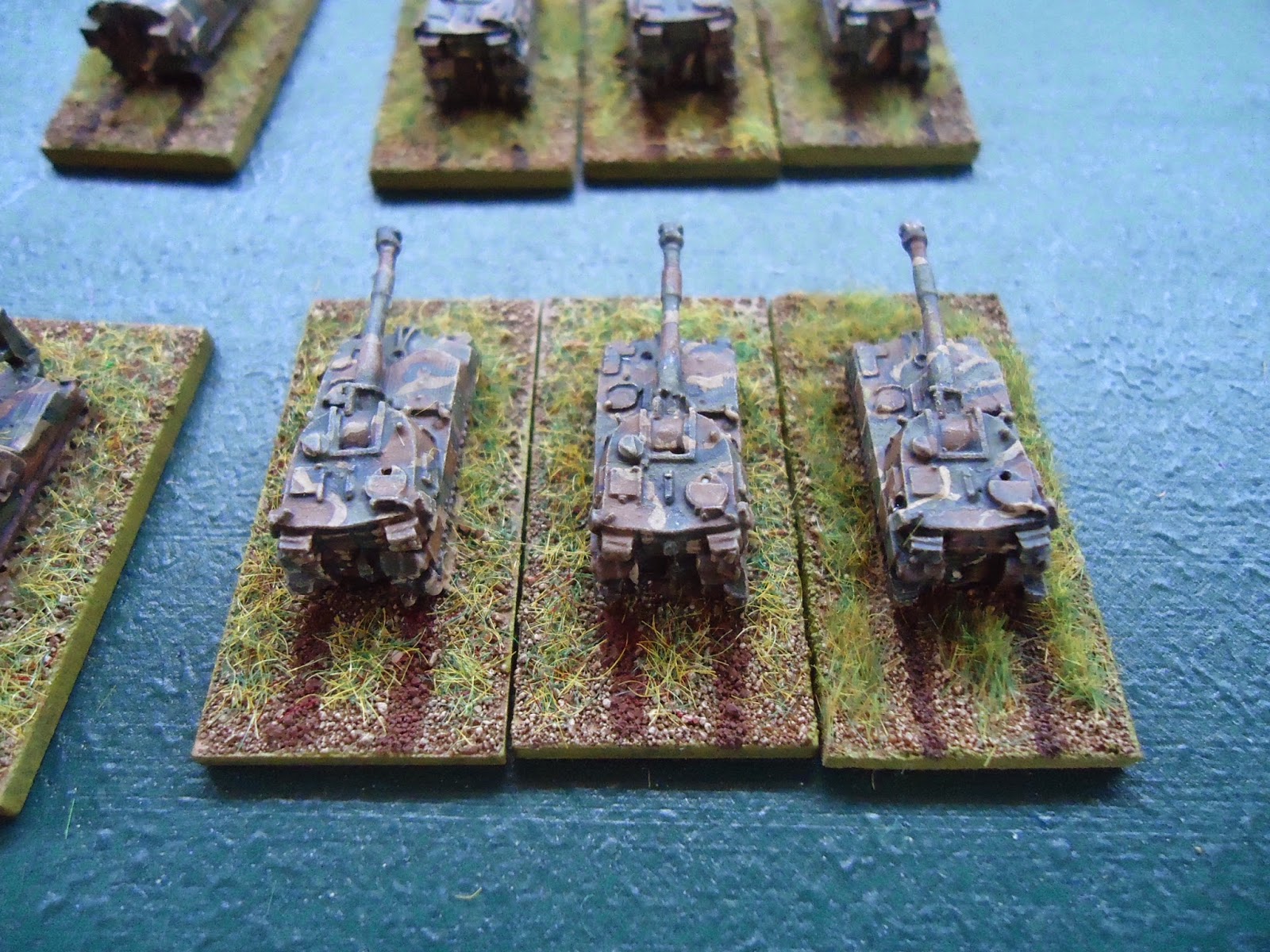 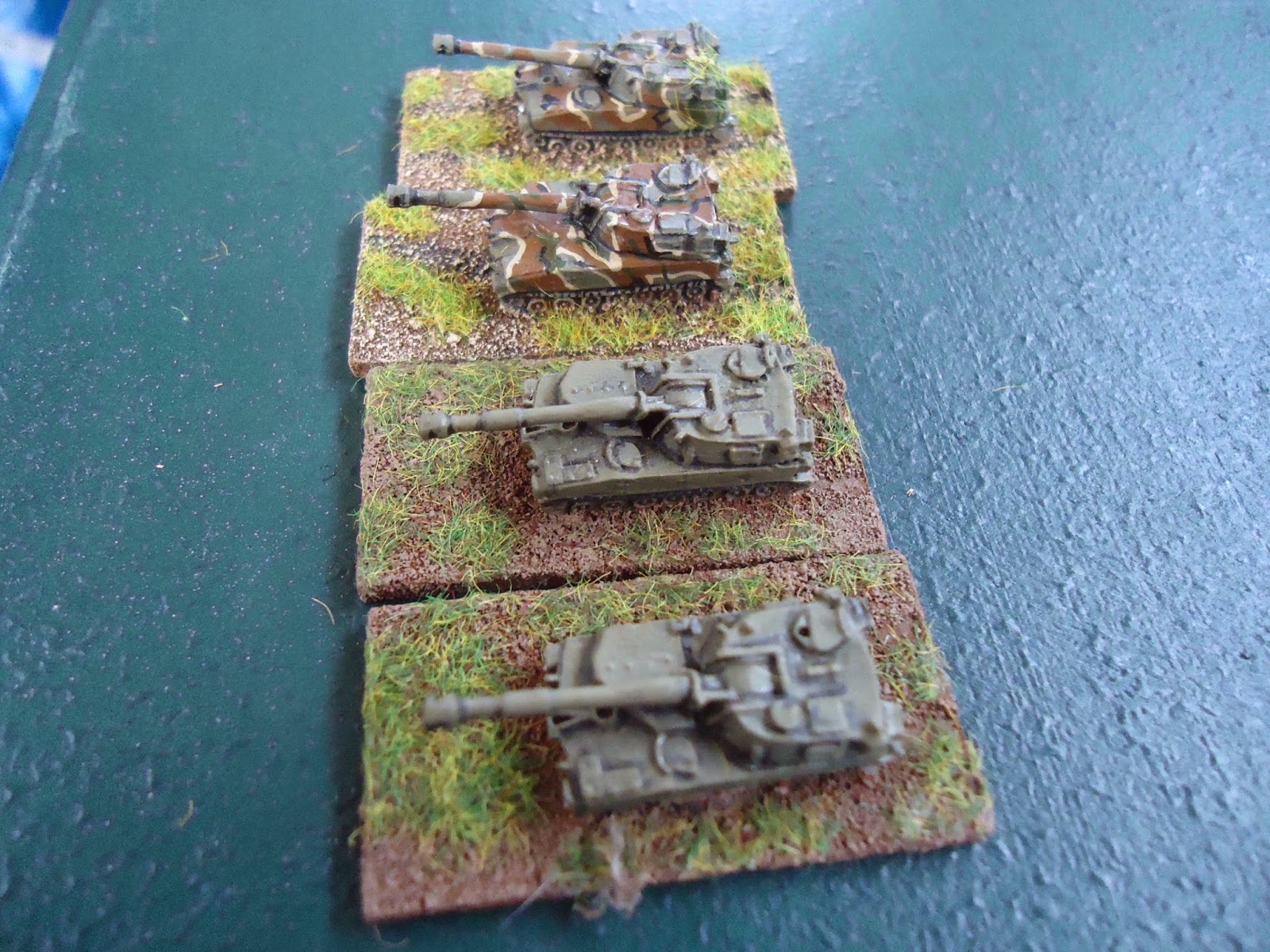 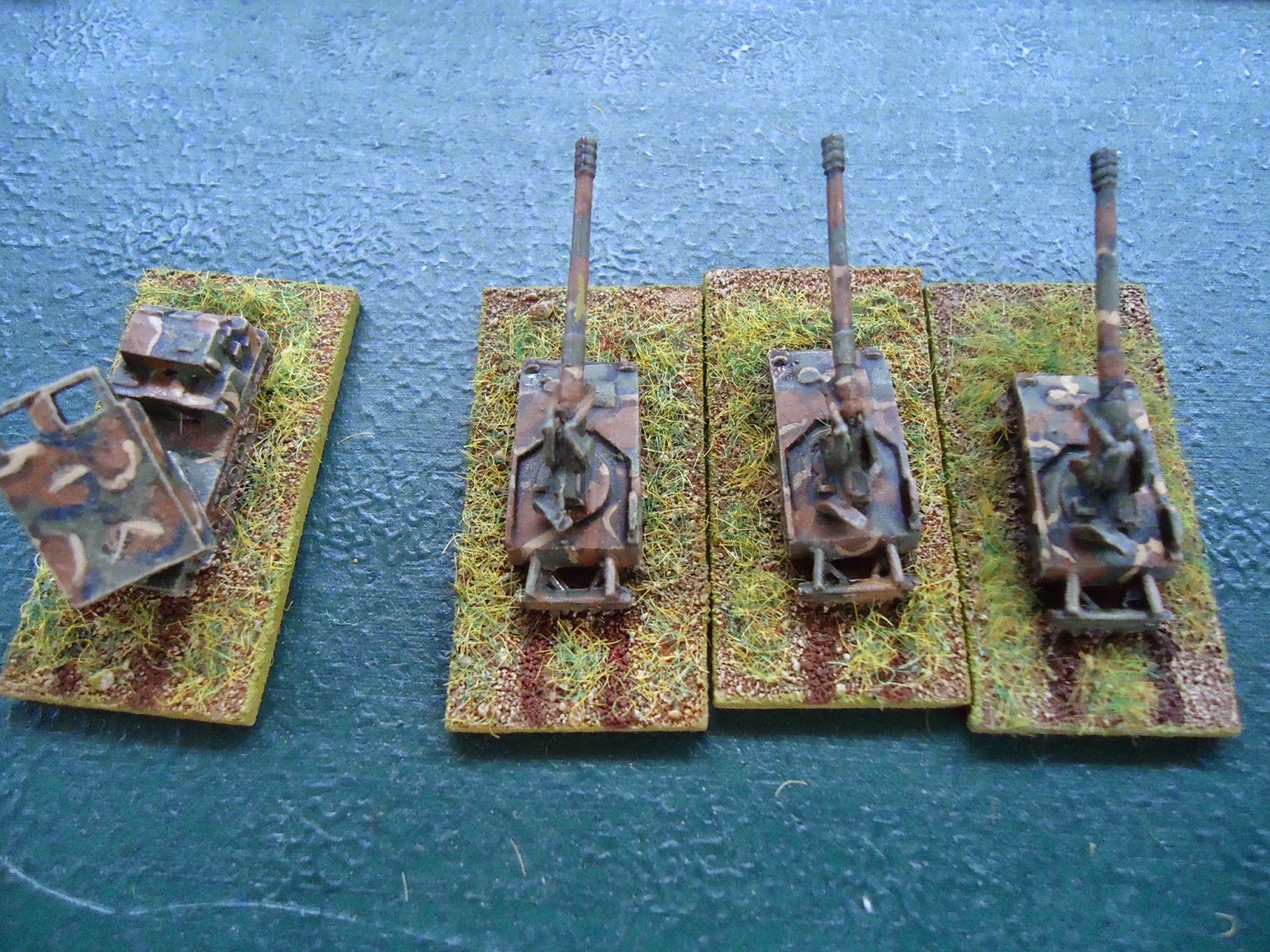 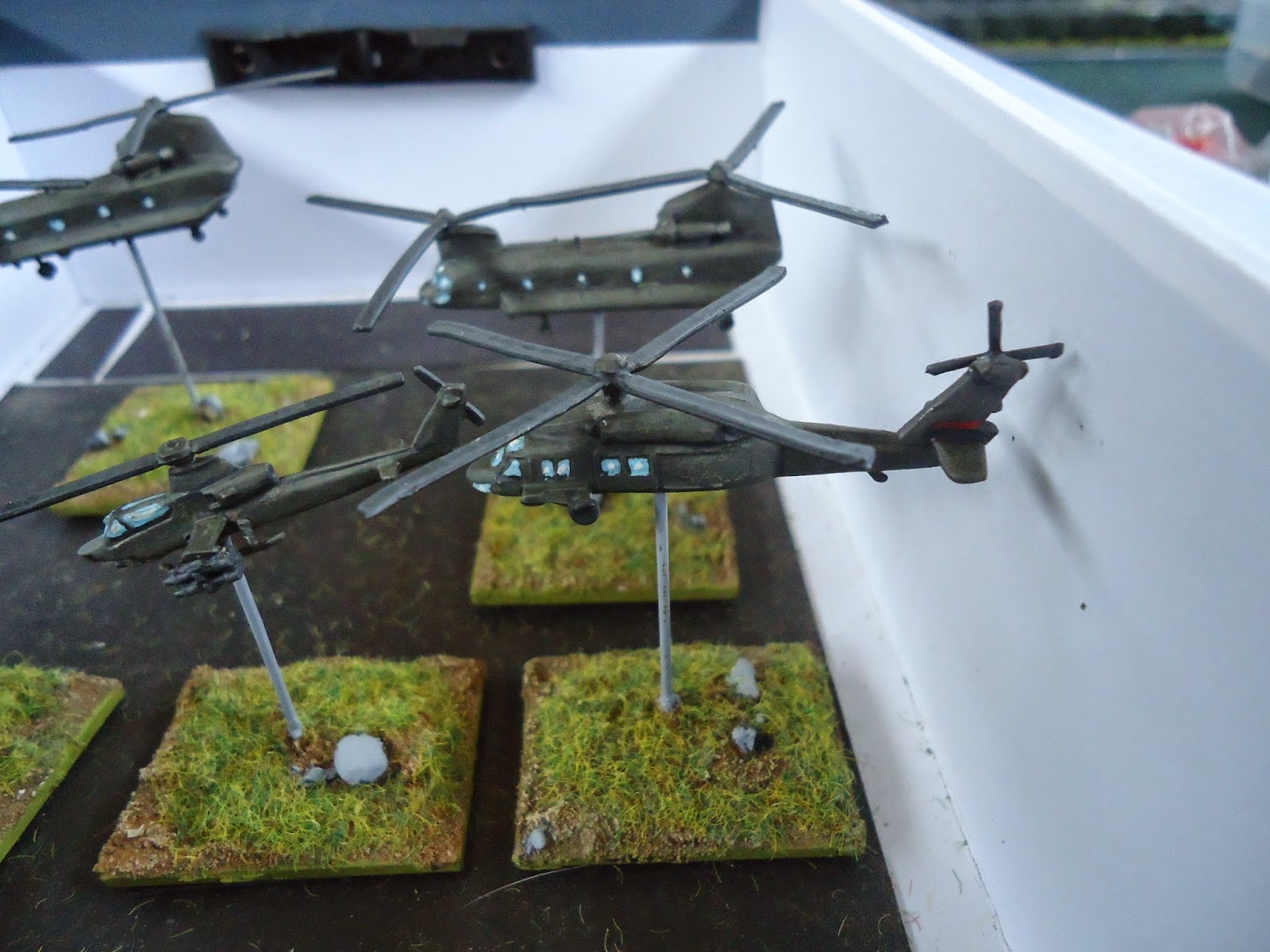 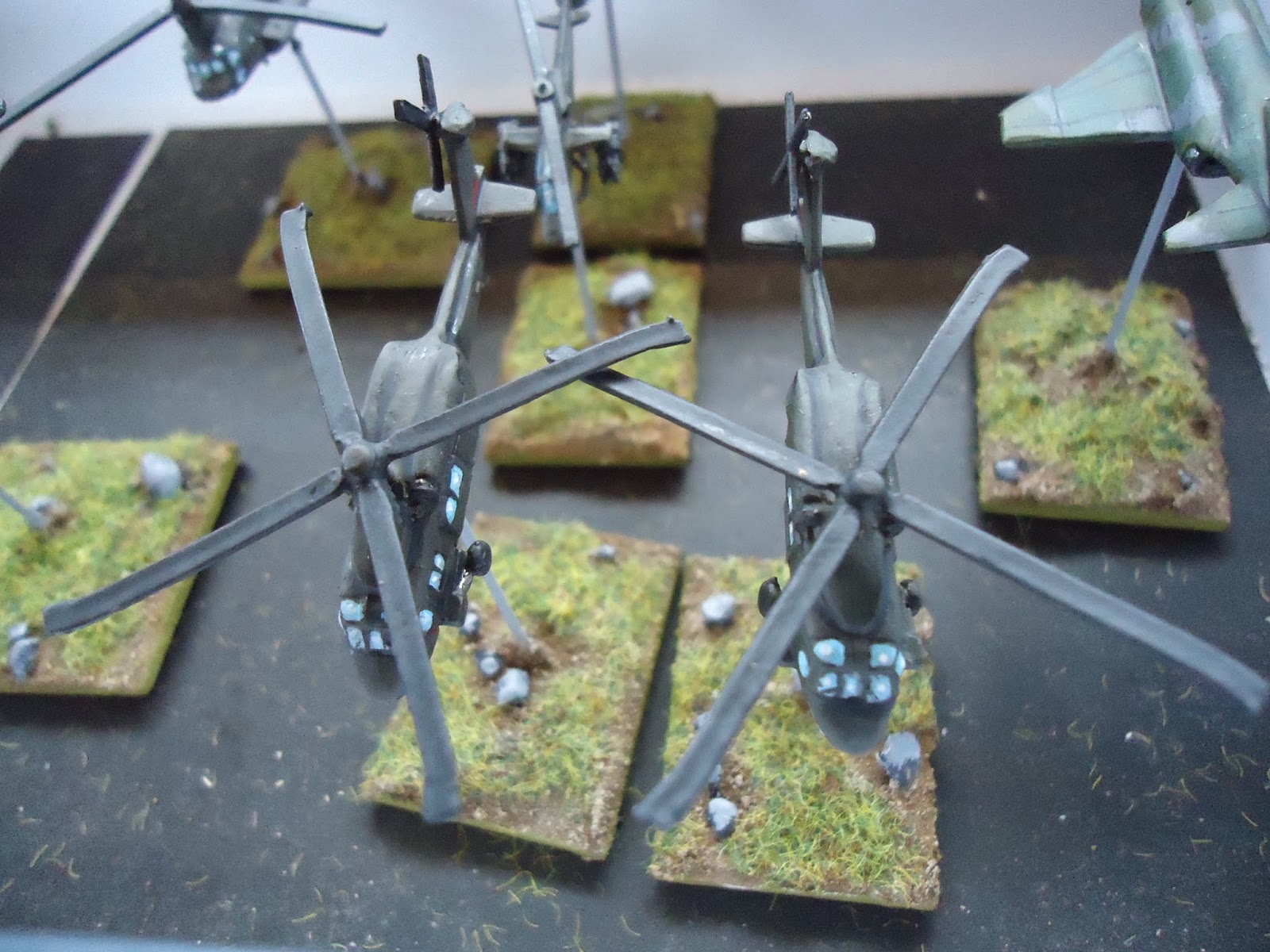 More of the helos. 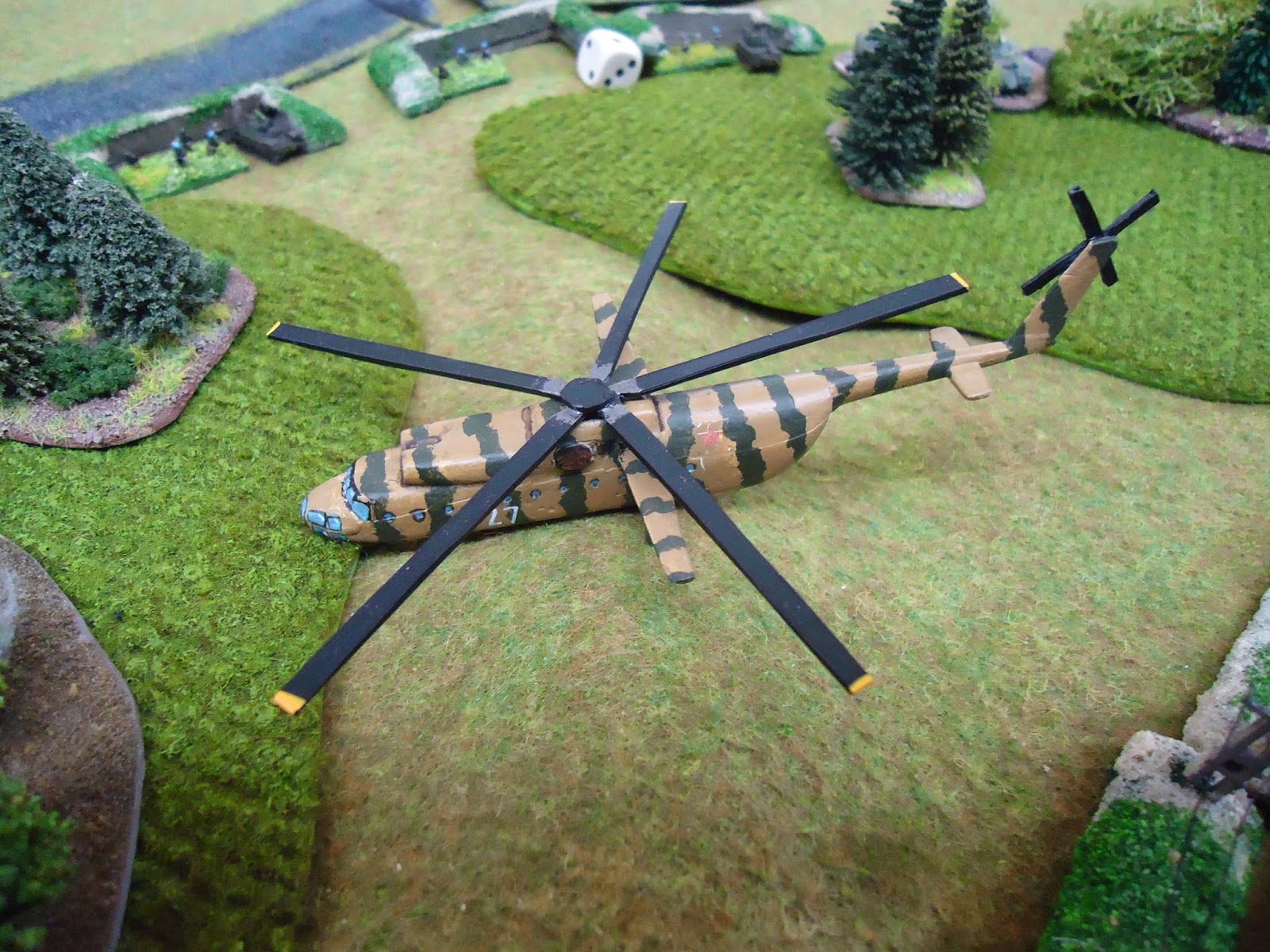 Neil McCuskers Mi-6 (Skytrex). A horrible model from Skytrex (I have three waiting to be put together) but Neil has done a superb job with his adding Plasticard rotors as the model doesn't come with any. 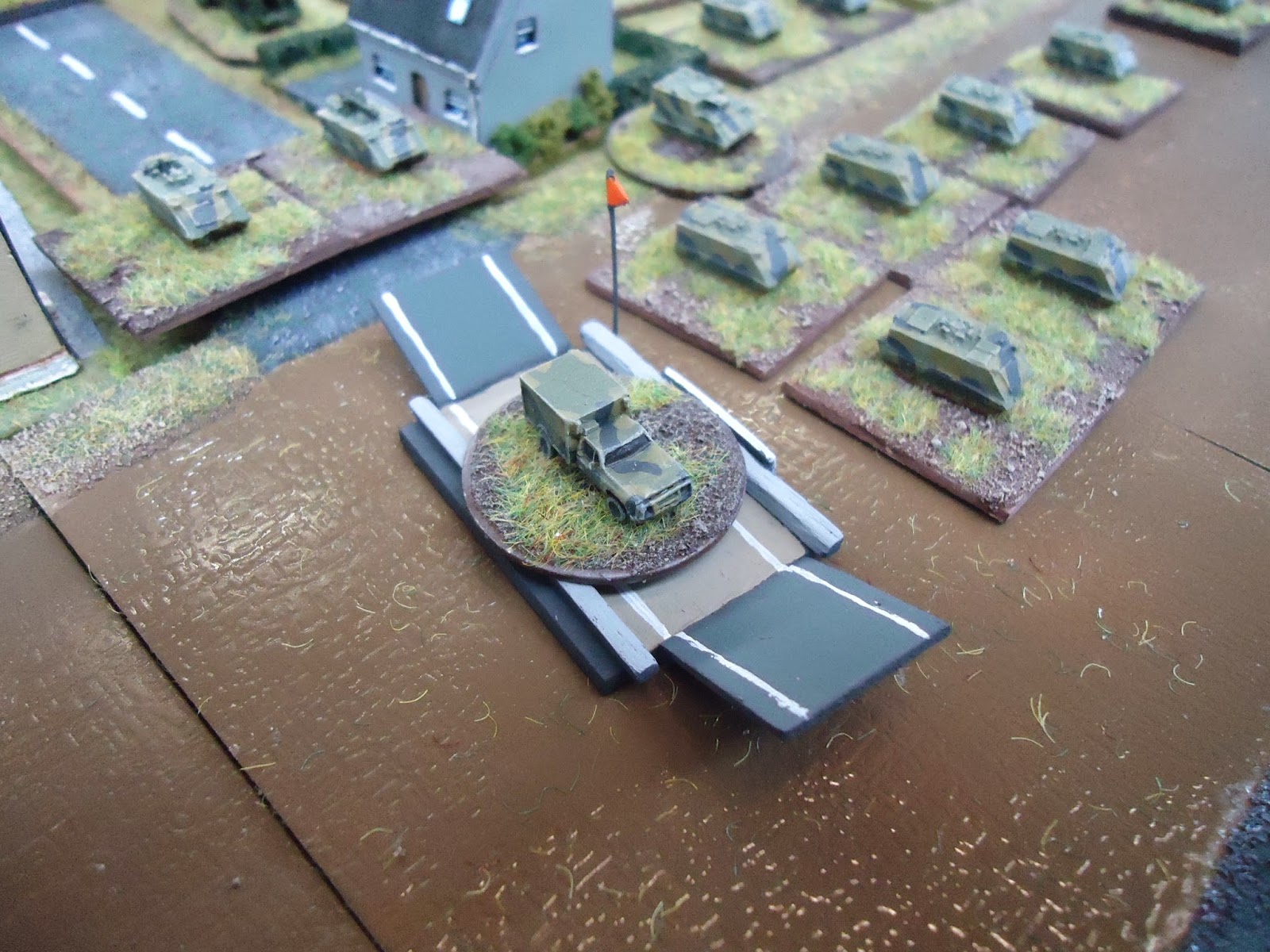 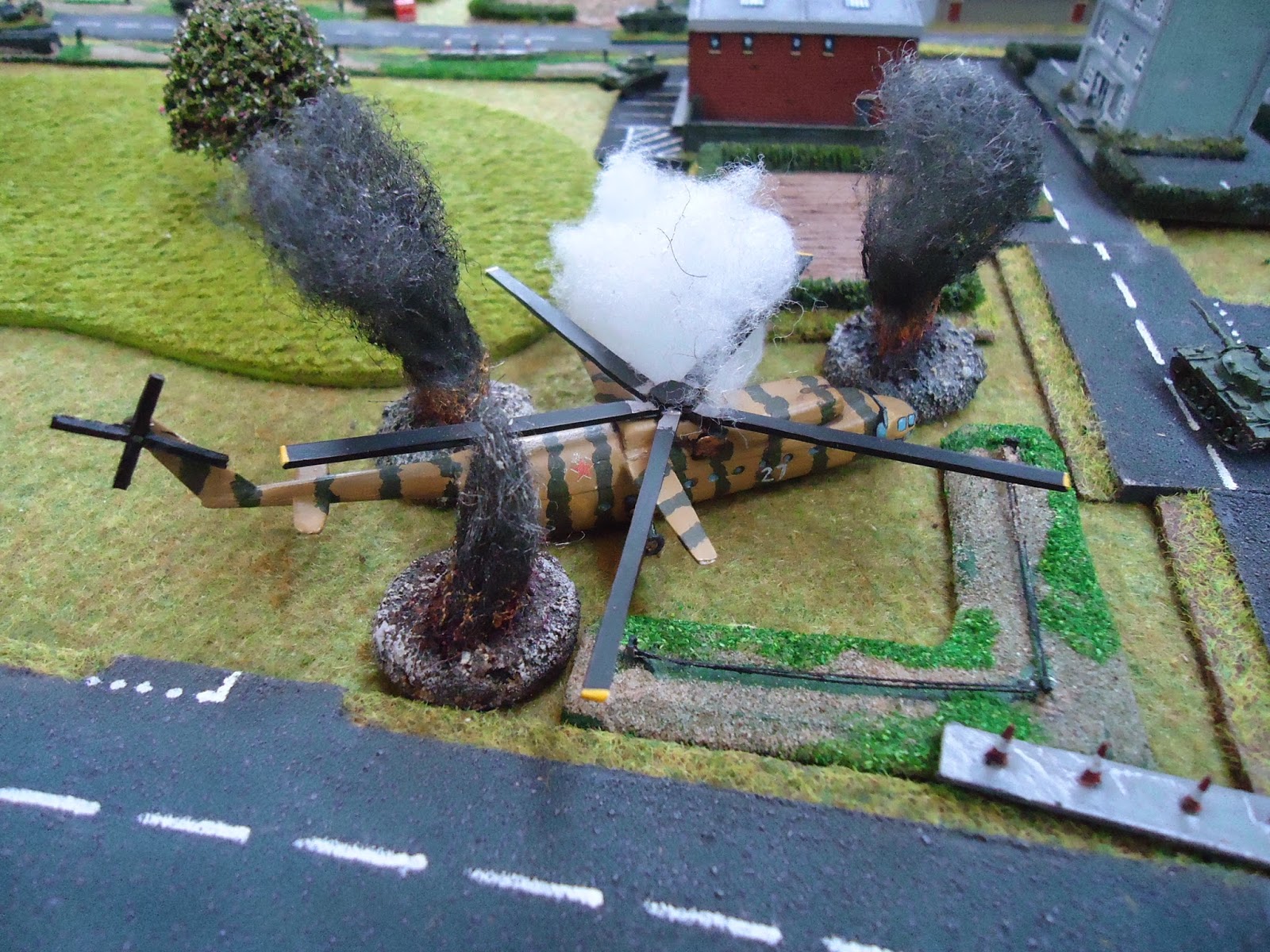 In the last turn of the game this Mi-6 attempted a air assault which ended in disaster.


THANKS FOR LOOKING AND THANKS TO EVERYONE WHO TOOK PART AND MADE IT A BRILLIANT WEEKENDS GAMING. SPECIAL THANKS TO IAN AND THE DEESIDE DEFENDERS FOR ORGANISING A FANTASTIC VENUE AND TO STEVE GRAHAM AND ANDY HAMILTON FROM THE GRIMSBY WARGAMES SOCIETY FOR HELPING ME WITH THE TERRAIN.

NOW ITS TIME TO START PLANNING FOR NEXT YEARS EVENT, KEEP A LOOK OUT FOR INFO ON THE CWC FORUM!
Posted by Tales from Shed HQ at 03:57