He lives in a house a very big house in the country!

Just put the finishing touches to one of my £1.00 purchases from the Penkridge Tabletop Wargames Sale on Sunday morning. Never seen this model before so no idea on manufacturer. If anyone knows I would like to find out who made it and if they make anything else. 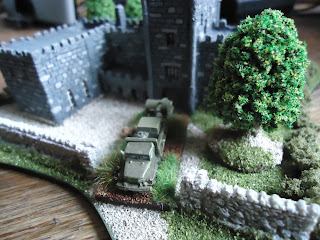 US M35 Truck towing GEMSS pulls out of the country house 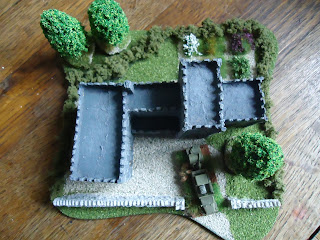 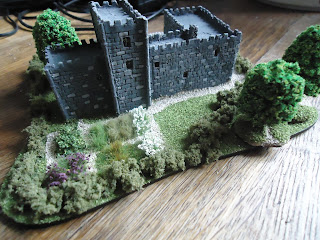 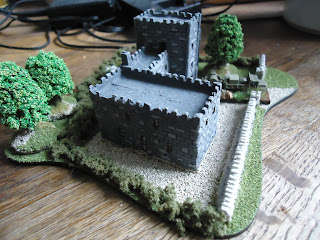 Side view of the house 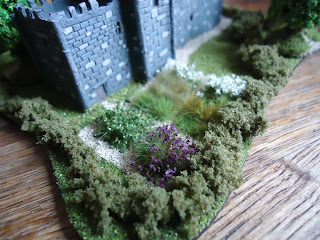 Close up of the vegetable/herb garden

Got a couple more buildings from the sale and will try and get them done asap.

Before you say it. Yes i'm officially mad. I have started building the terrain for next years CP6 Cold War Commander MegaGame. This is the first of German/Austrian themed terrain that I plan to produce over the coming months and with the 'Headquarters' nearing completion I will have plenty of space to work on the table plans. I also have a commission with Timecast in its early stages. More on that in later posts.

So this is the first piece, a Bavarian Castle using a Kibri Z Scale Railway model. 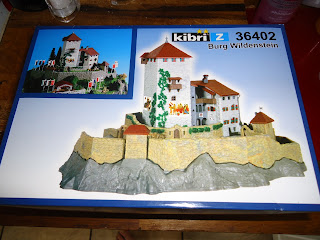 Not a bad model although some of the fits weren't the best and involved a fair bit of green stuff. 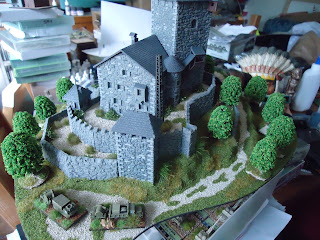 Castle with a couple of US Engineering units parked up. The Castle was based on one of the large 2mm MDF Scenic Bases from East Riding Miniatures. They do a great range of different size bases. 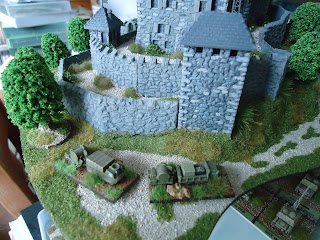 Close up showing the engineering units at the base of the castle walls. 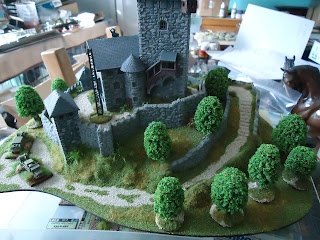 The communications tower is made from a HO/OO scale street light from a fantastic little shop I found in Barcelona which sold huge amounts of model railway stuff. It is based on a 1p coin so it can be repositioned if required. The idea being the castle can be used as a communications centre and therefore be an objective during games. 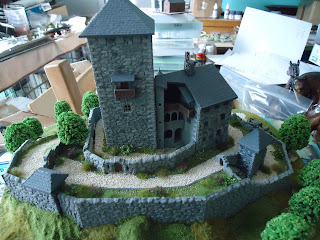 The other side of the castle. 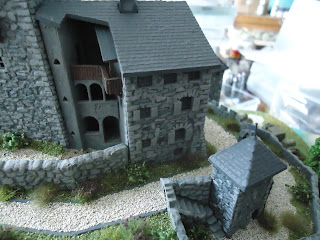 Close up of the other side 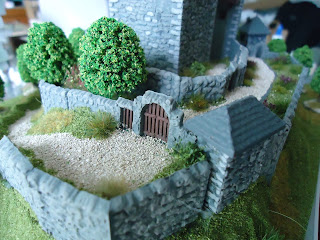 The main gate and guard house 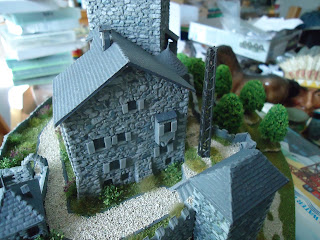 A close up view of the Communications Tower 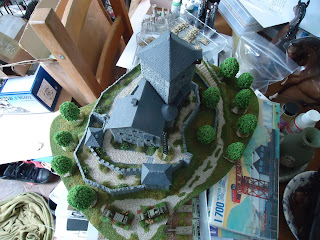 An aerial view of the castle.

Still got a few finishing touches to do like the window shutters and windows.

Stage Two of the HQ build is complete. With the help of my better half Kay and our 16 year old daughter Ailish we spent Friday and Saturday paving the area ready for the workshop to go on. Managed to get it finished about 2.30pm yesterday afternoon before the thunder storms hit. Just need to confirm when the workshop is arriving then its all systems go!

Stage one of the HQ build is complete. Hardcore all finished and area level ready for slabs to be laid this weekend hopefully. Shed ordered so hopefully that will arrive next week so might be able to get it built by next weekend! 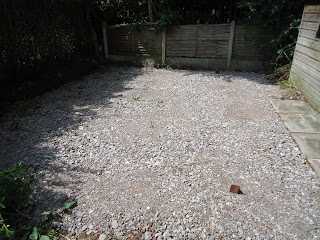 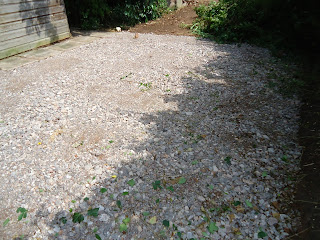 If you can just make out the bricks marking the corners of the shed. This will give me plenty of room for a large 10ft long workbench, loads of storage and a 9' x 6' wargames table with the option to extend to 12' x 6' if I need to.

Posted by Tales from Shed HQ at 06:45 No comments:

Welcome to my new blog 'Red Storm'. I have decided to stop using my other blogs and have one blog dedicated to all my wargaming  interests. So on these pages I plan to document everything from the progress on the construction of my 'Headquarters' in the garden to my work on next years CP6 MegaGame 'The Tide is Turning'. I will also be posting details of the scenery and troop build up for Richard Crawleys 20mm Crisis Point game next April.

So keep visiting as there will be lots to see over the coming months.

Richard
Posted by Tales from Shed HQ at 05:02 No comments: