Nearly finished my first unit for next years game. I am planning on building a multi-national covering force based around the Covering Force 1 (NL) Corps which included the Dutch 41 Armoured Brigade, a West German Recce Battalion, plus some additional troops assigned.

First up is a group of West German 120mm Panzermorser with FAO in a converted Jagdpanzer Kanone. 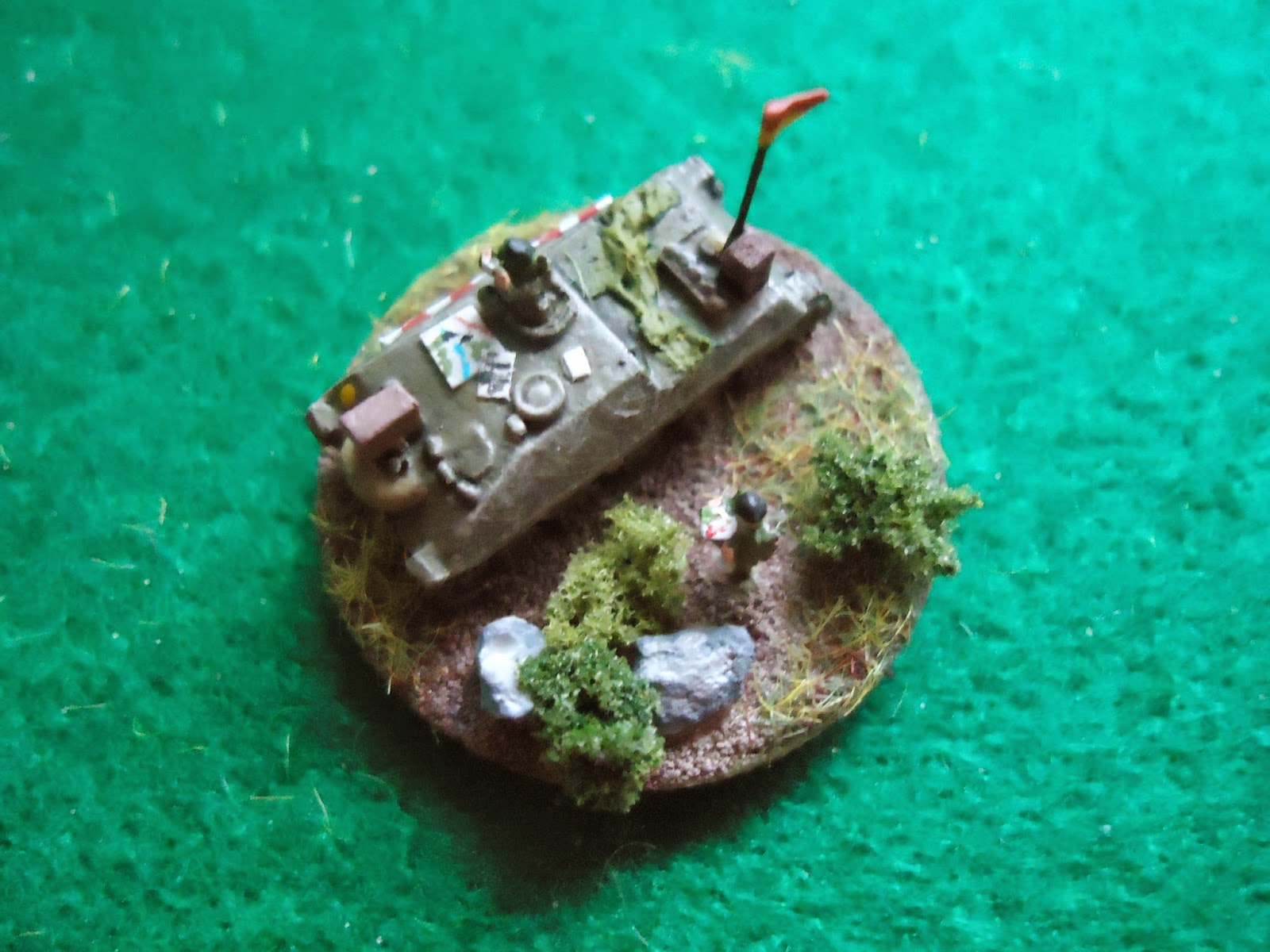 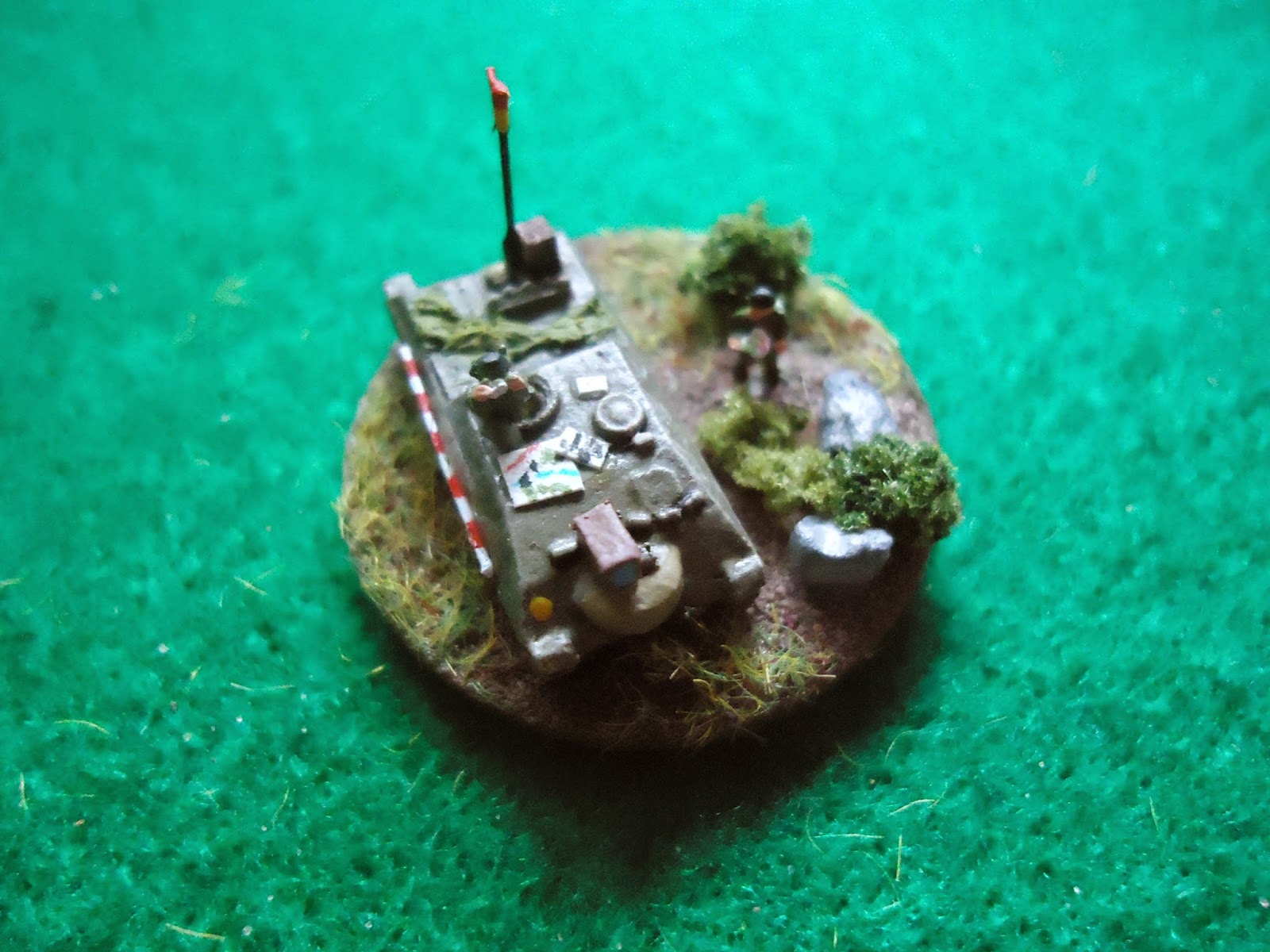 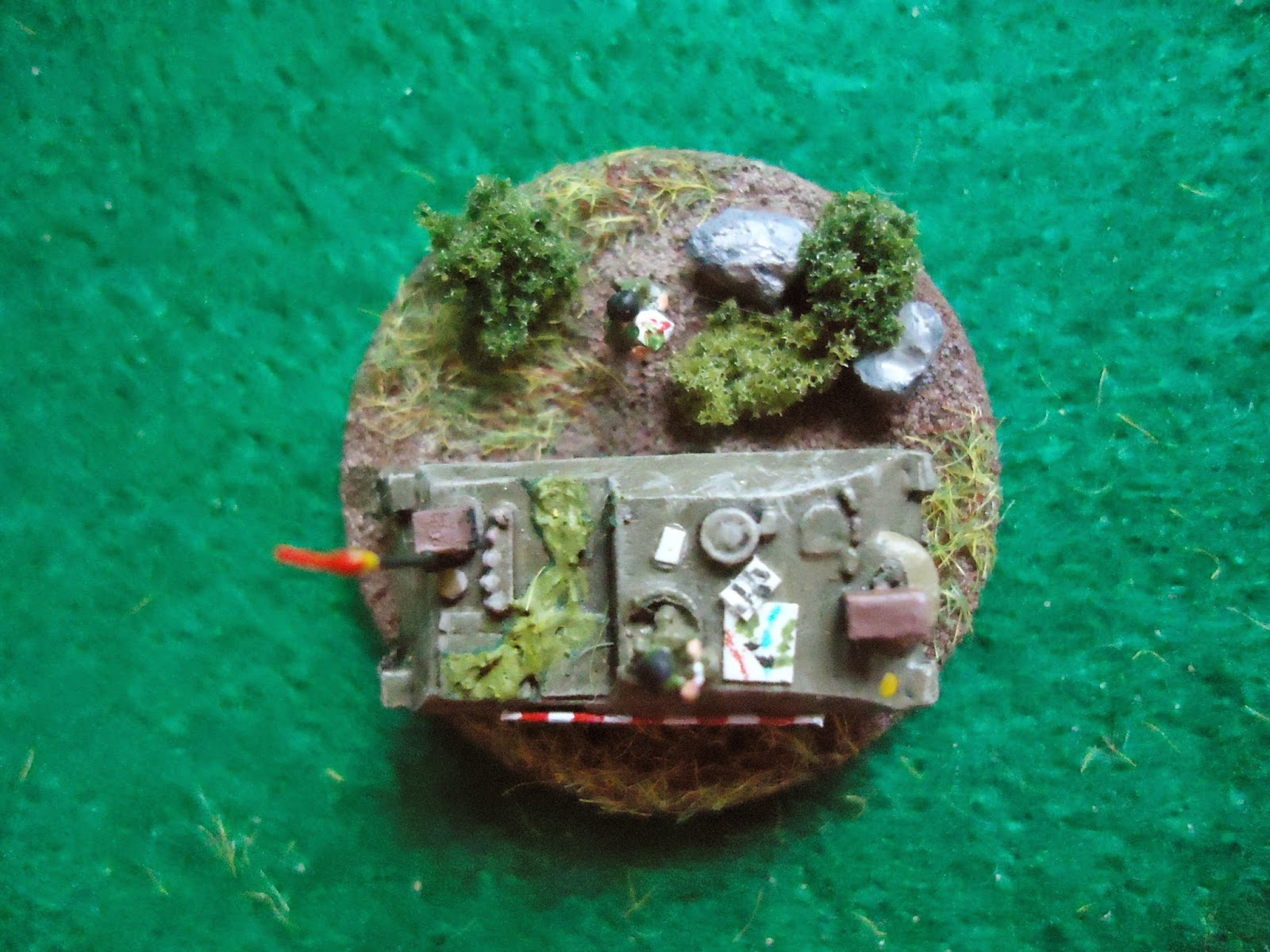 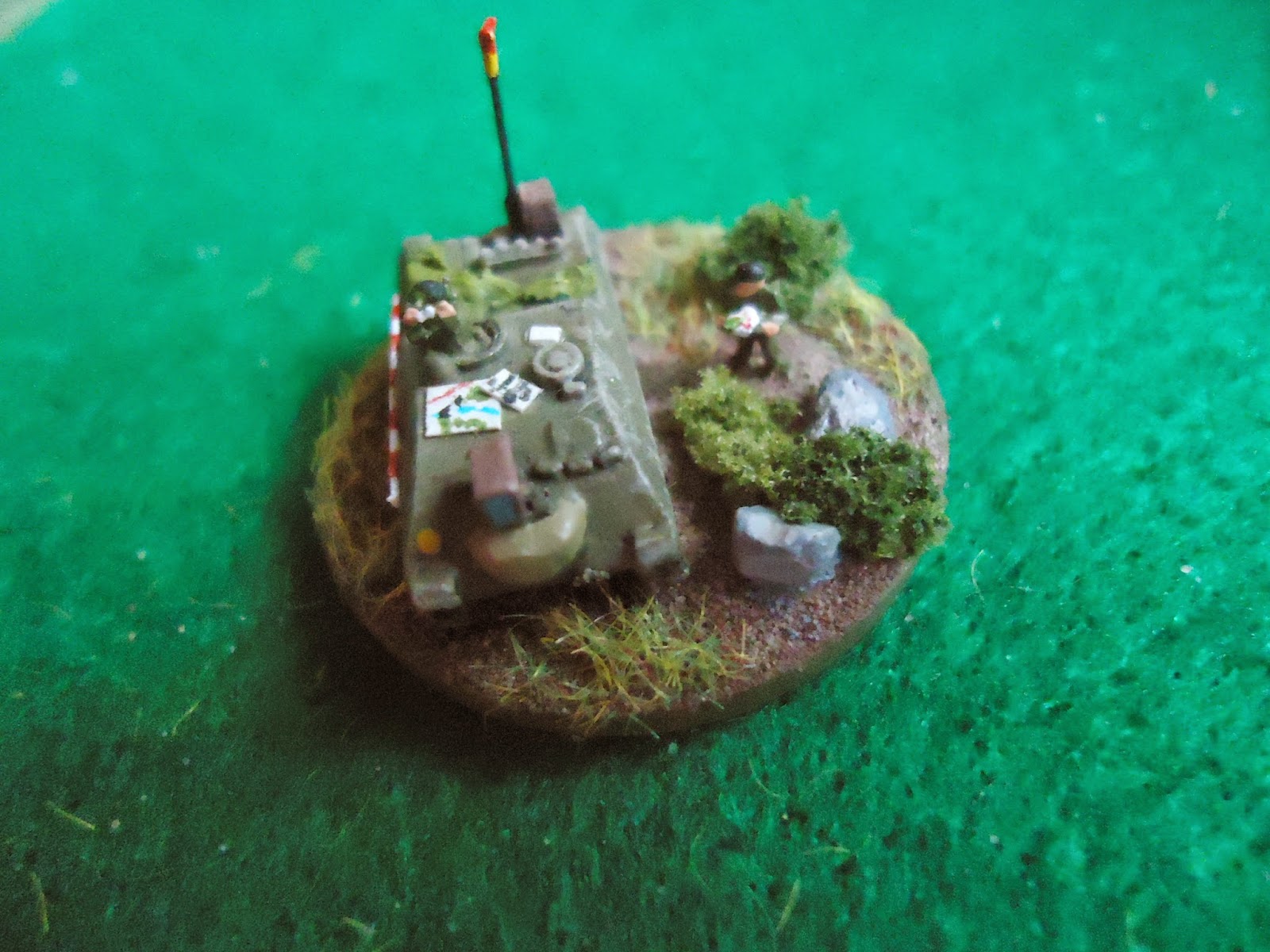 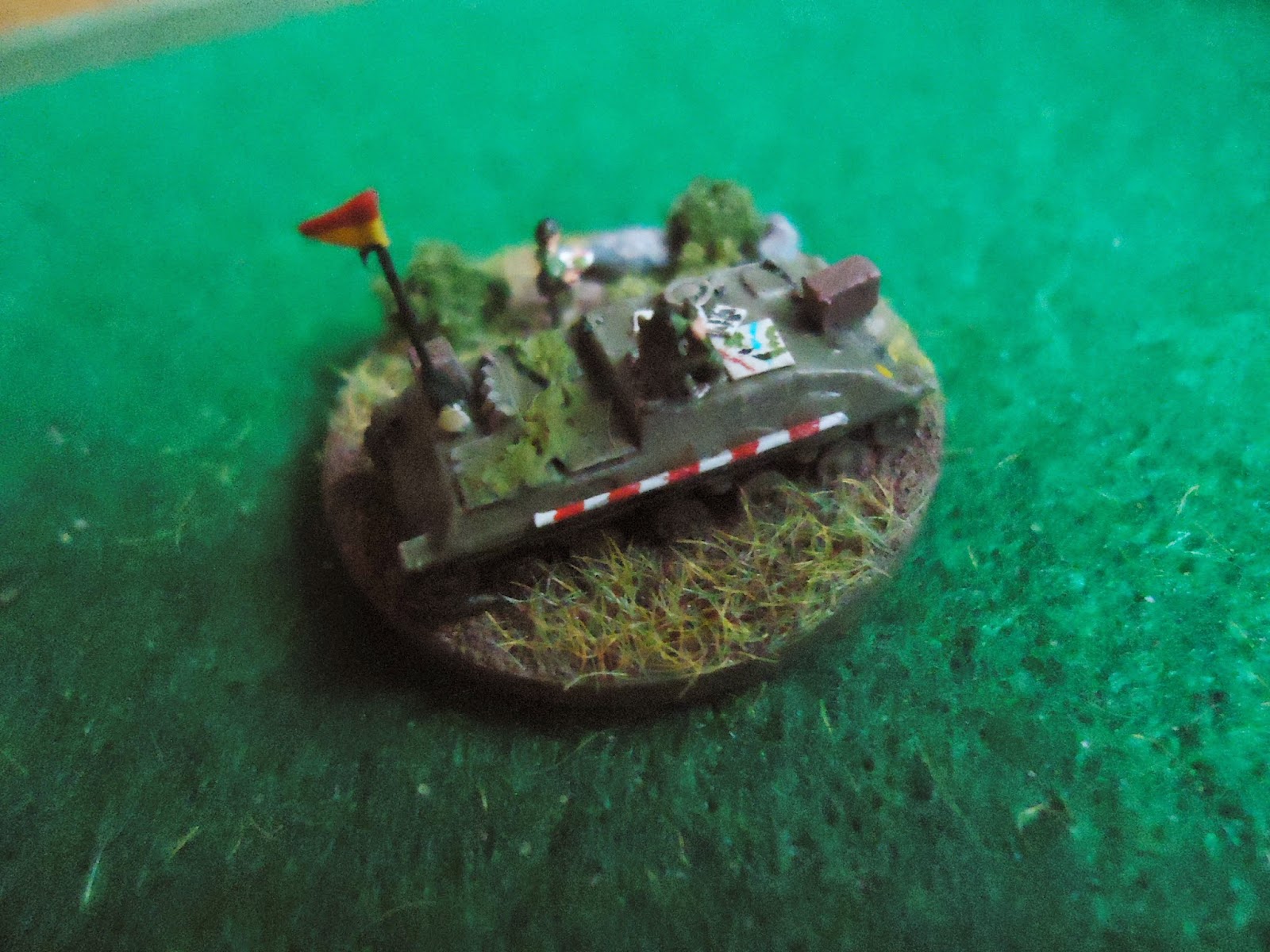 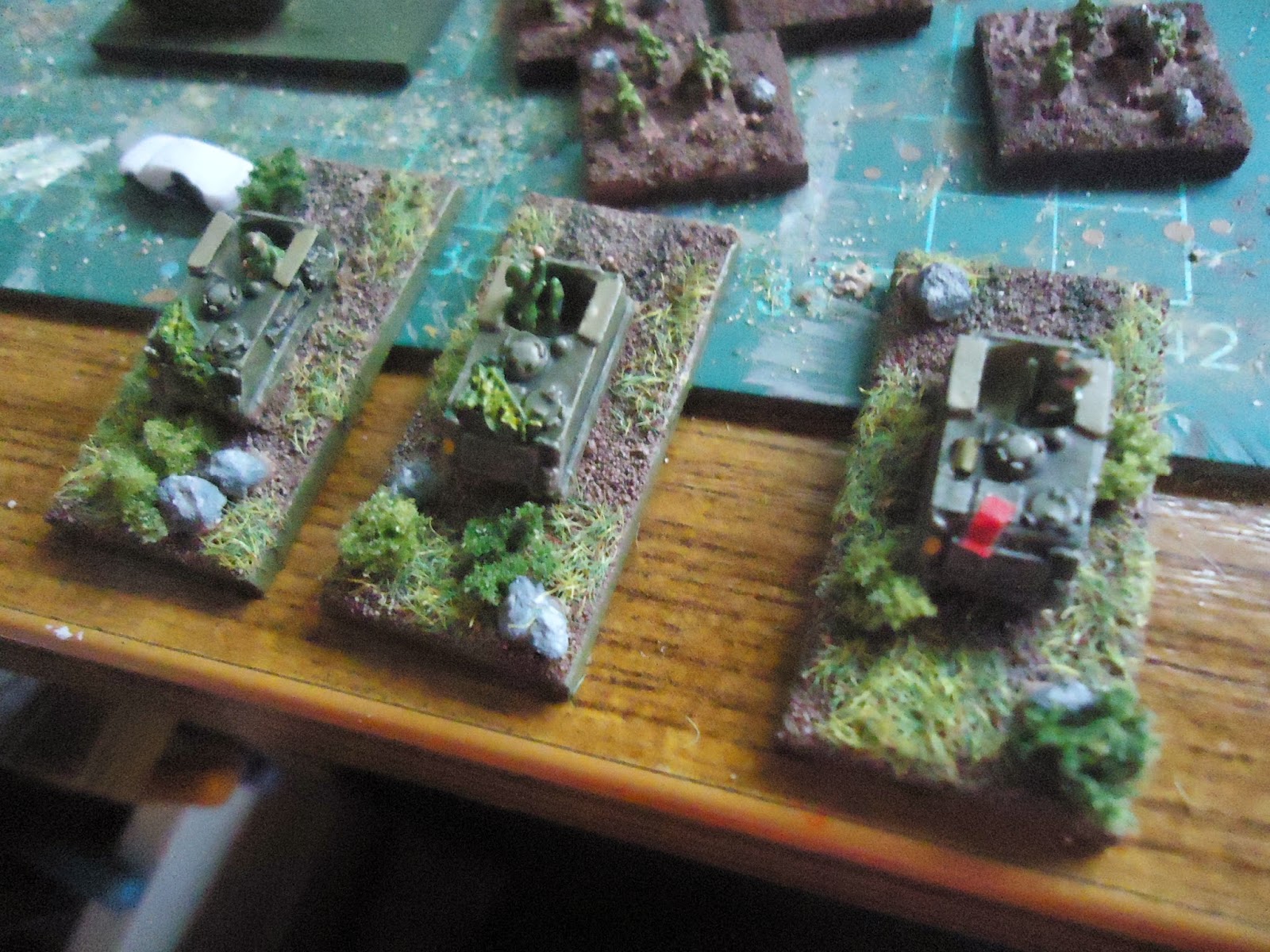 Three 120mm Panzermorser with figures added to the rear compartments to represent loaders for the mortar. Also added camo netting to two and a red NATO air recognition sheet to the other one. From what I can find the air recognition could be red or yellow and measured 6' x 2 1/4' and the position was dictated by the CO which here is draped over the front of the vehicle. 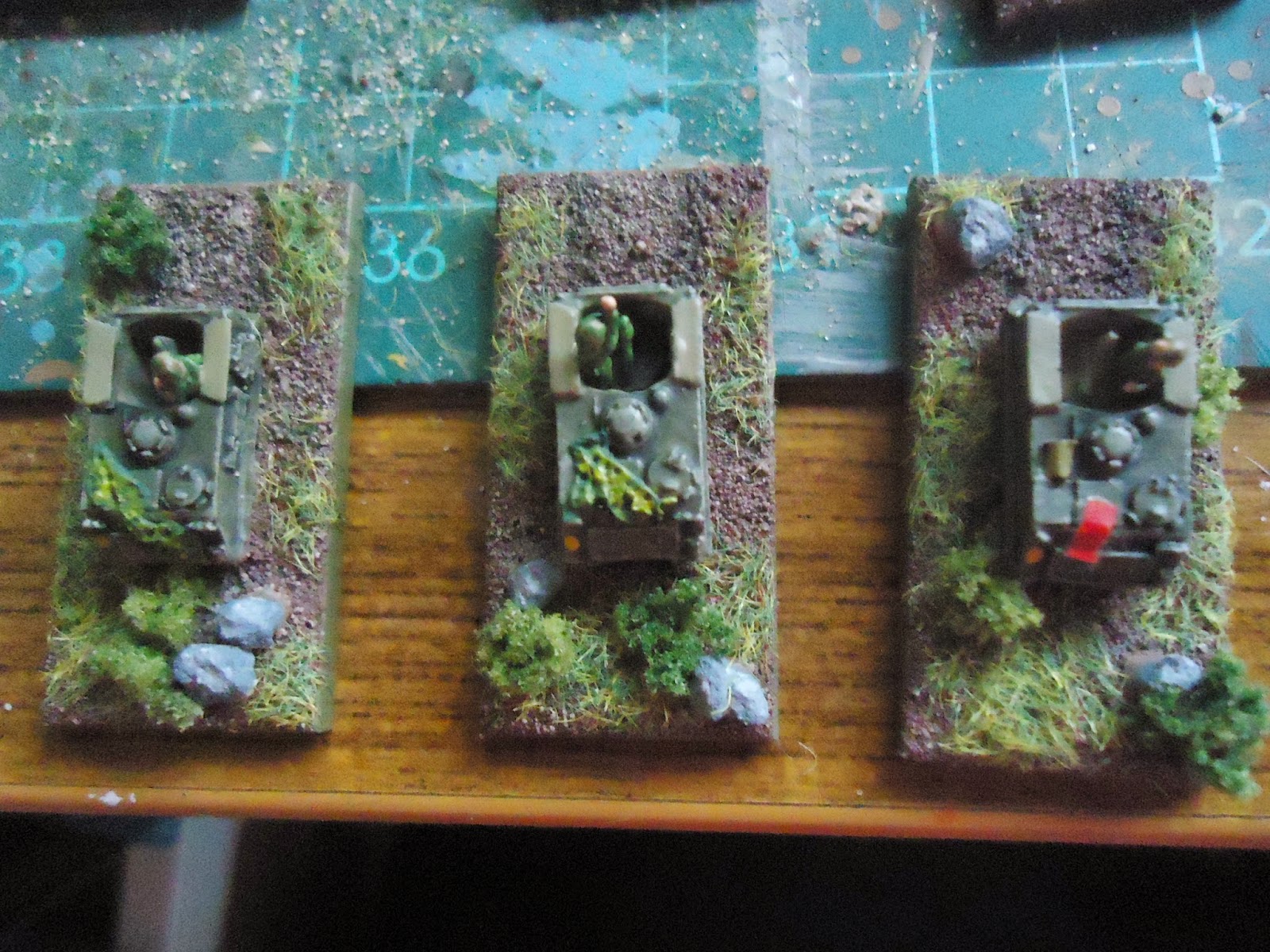 Just a few finishing touches to do that include colour coding the rear edge of the base for ease of ID on the tabletop and also a label underneath for unit info. 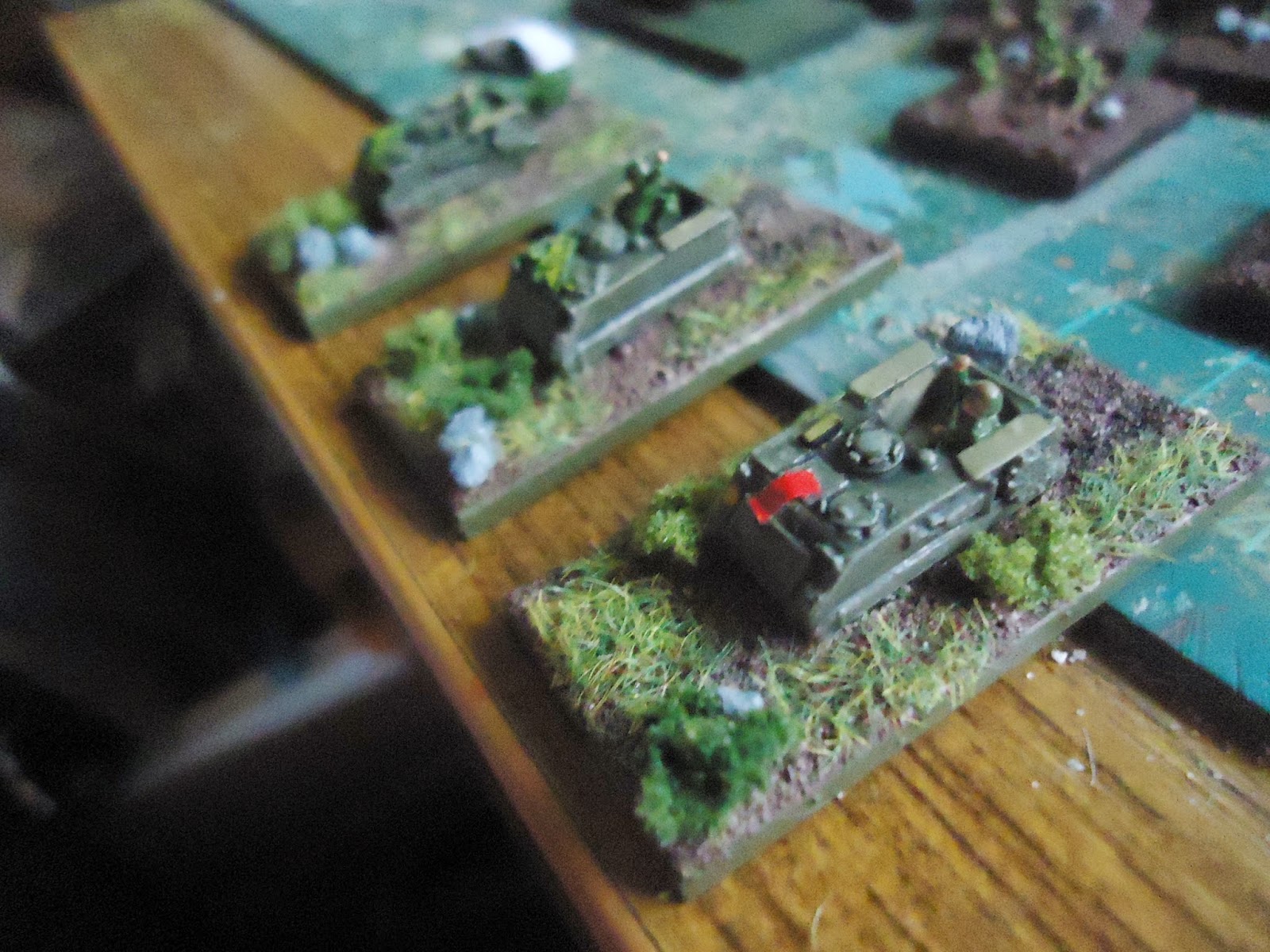 TO COME IN PART THREE - HEDGES AND RAILWAYS
THANKS FOR LOOKING
Posted by Tales from Shed HQ at 03:47