During the recent Crisis Point weekend I got talking with fellow gamer Andy Canham from the Deeside Defenders about their recent 15mm Black Powder Napoleonic game and how much it brought back memories of playing SYW games with 15mm Essex Figures and after a few emails I decided to paint some Essex Brunswick figures I bought on impulse after an article in one of the magazines.

Now it has been about 10 years since I painted a 15mm figure as I was out of the hobby for a few years and for the last 4 years have been concentrating on 6mm Moderns and 20mm Moderns but with the renewed enthusiasm from Andy and Co. at Deeside I decided it was time!

I had a few packs of Leib Battalion and I have also got some Light Infantry to do. First up I thought I best see how my painting skills were after 10 years of painting Russian Green! I started by just painting 3 of the Leib Battalion figures to see if I was happy with them. I have been reading a bit about the 'Black Legion' as they were known and I have since realised that the Essex Figures are earlier (1809 ish) not Hundred Days figures. But as there is only one battalion I am not too bothered.

So the first three! 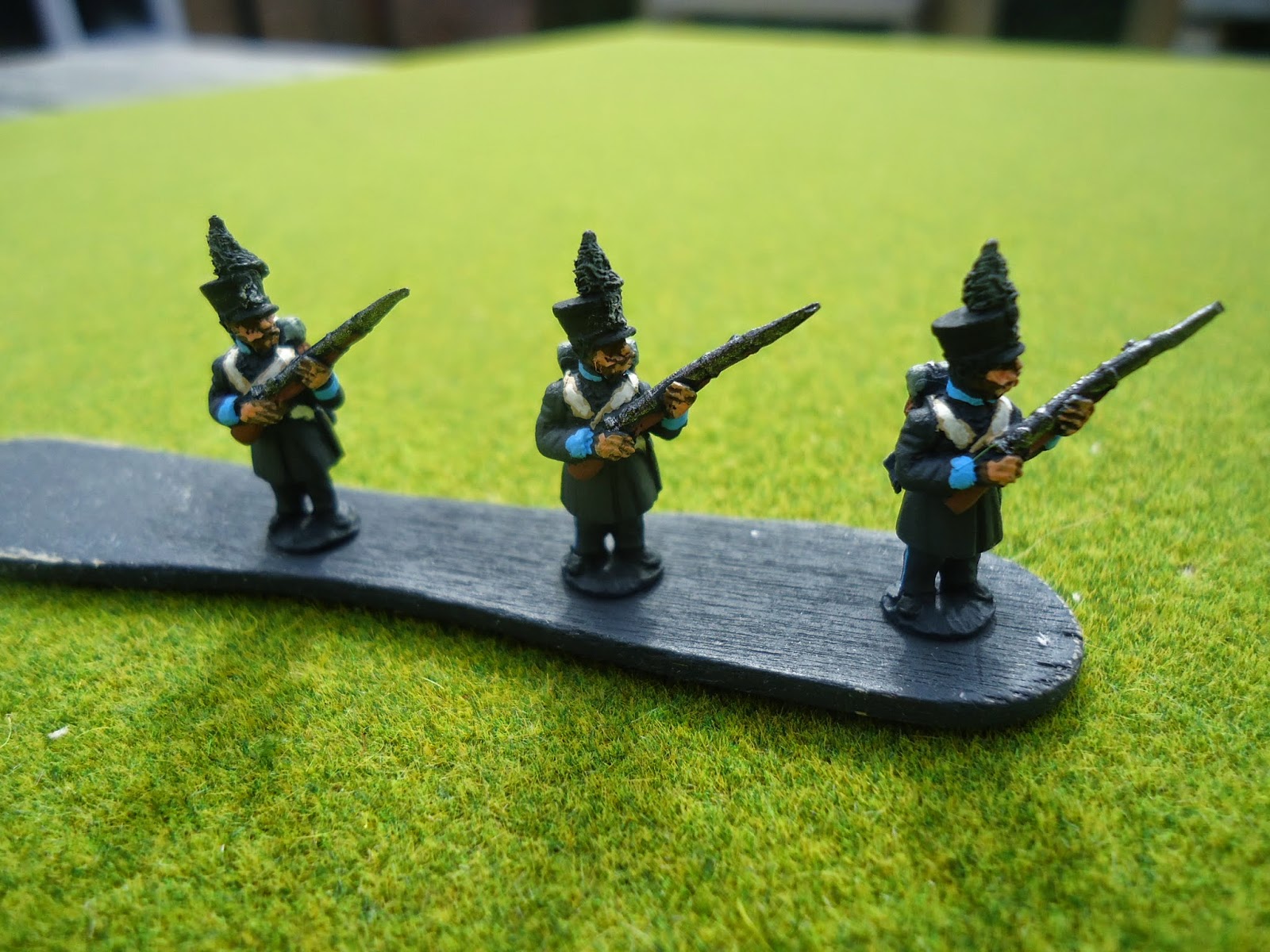 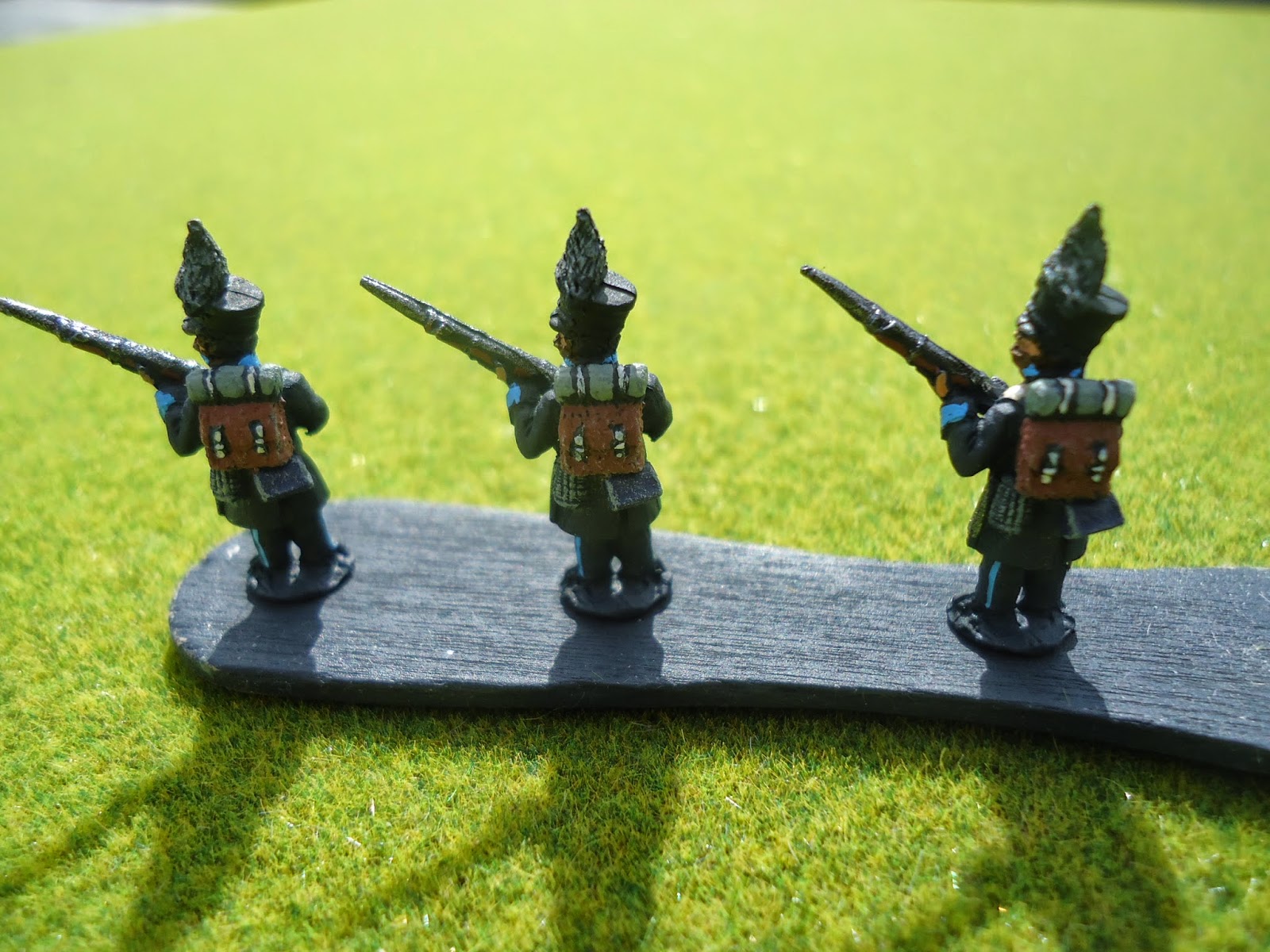 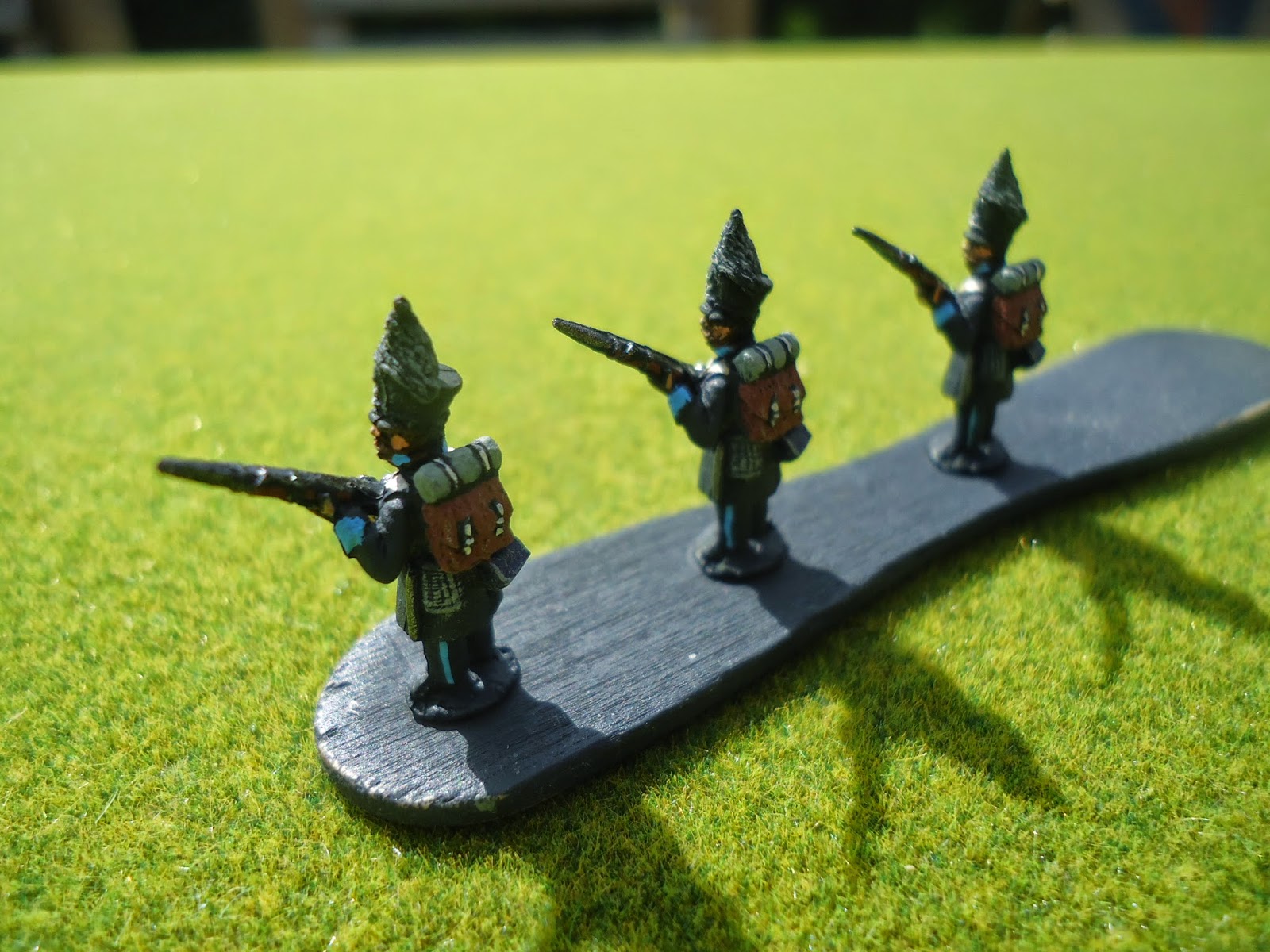 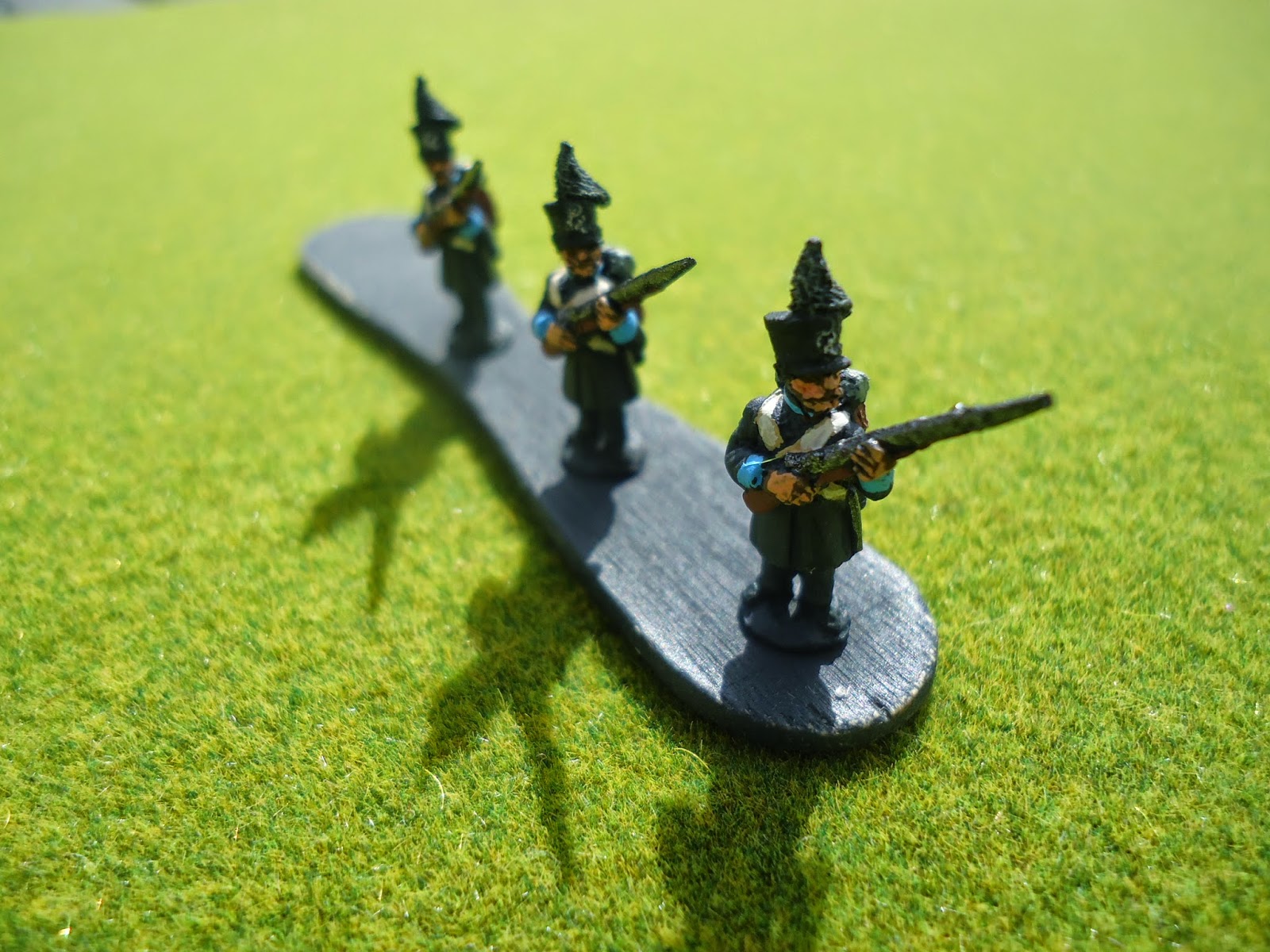