Back in the Shed

After a period of not being able to get into my new HQ due to building work at the back of the house I managed an expedition to the end of the garden for the first time in ages and was able to finish off some WIP that had been sat waiting.

First up a PMS Bridging unit on T815 trucks, the first unit for my new Czech Cold War forces based on Luke Ueda-Sarson's great MSH lists and utilising some of his great Shapeways models specifically designed for the Czech forces. Real-life PMS bridging units typically had 32 centre sections, 4 river bank sections, 4 track-layers, and 12 boats/tugs to move the pieces into position. Got some more of the waterline boats on order which Luke very kindly sorted out as an individual item as previously in only came as part of a set plus a similar unit but based on T-138 trucks and also including a T-138 Vozovky Track Layer. 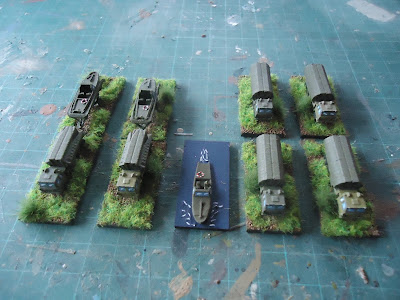 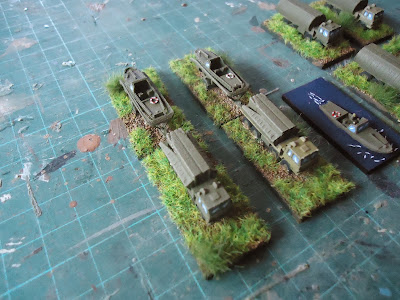 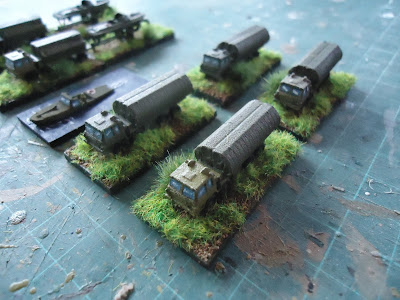 Plus some Soviet bridging support 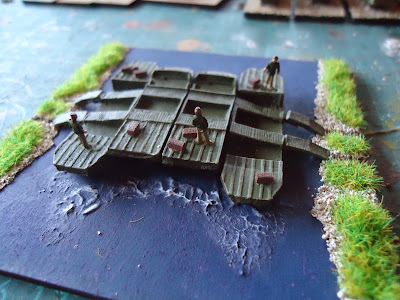 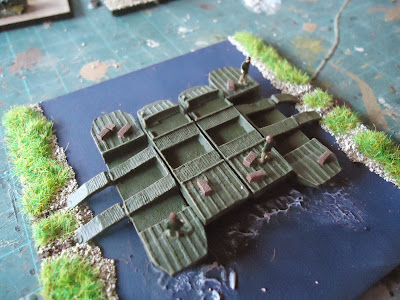 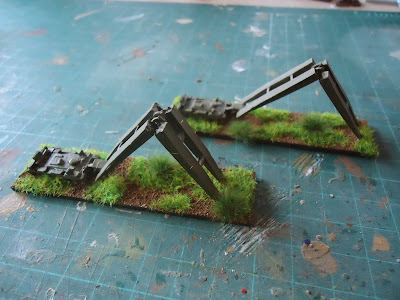 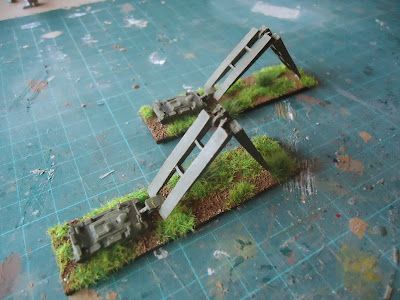 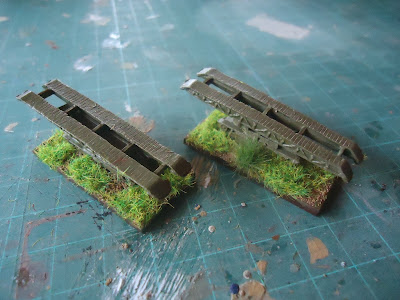